Several months ago, I wrote an article about how success is achieved through perseverance https://www.linkedin.com/pulse/breakthrough-power-perseverance-dlr-associates-recruiting/.  It told the story of my battle with the New York Times crossword puzzle, and how I completed it (taking two weeks, no cheating) through sheer persistence.  Coming off of that adrenaline high, I started a new puzzle, KNOWING that because I triumphed before, I would so again.  Well, my friends, it didn’t go so well this time, and not because I didn’t give it my usual 100%.  (CLICHE ALERT:  It’s not possible to give “110%” although I do understand the underlying sentiment).  This time, the puzzle won.  I FAILED.  Now what?  Teachable moment?  Strength through failure? Temper tantrum?  Happy hour?

Failure.  Scary.  But I realized something intrinsically valuable-I HAD JUST FAILED and was still alive and well!  Granted, it was just a puzzle, not a relationship.  Nevertheless, I decided to take a look at my relationship with failure (one of my most enduring).  Maybe this was a “teachable moment.”  Failure has always been a part of my life, and learning how to handle it is one of the most important and valuable skills I have ever learned.

FEAR OF NOT REACHING THE GOALS YOU SET FOR YOURSELF

Goals.  The holy grail of work.  Setting goals can help you focus and create a workable plan.  They can give you statistics to help gauge your performance metrics.  If you are naturally unorganized, setting (reasonable, achievable) goals can be invaluable.  Let’s say you are a single person seeking a relationship.  You can flounder through Match.com hoping for that swipe of a lifetime.  That’s one extreme.  The other would be “I am going to be engaged within six months.”  In this case, having no goals at all might leave you single for the rest of your miserable life.  On the other hand, what happens in six months if you aren’t engaged?

Point being, maybe that six-month goal is too ambitious and unachievable.  If, or when you fail, what then?  How will you handle it?  With good humor “hey, I tried?”  Of course how you handle any type of failure will determine how successful you are going forward.  But the issue here is about minimizing the chances of failure.  While embracing failure and learning from it is essential, wouldn’t it be better if we had a plan that maximized the chances for success?

Instead of the lofty goal of getting engaged in six months, how about a series of smaller, more achievable goals?  If you would like to meet your future wife, start off with just putting yourself out there in the dating world.  Instead of “wife in six months” how about “X# dates in six months?” (INSIGHT:  Maybe I should quit recruiting and become a matchmaker!).

Let me bring this closer to home.  The bread and butter for recruiters is the coveted job order.  Without a job order, there is no possibility of making a placement, and, consequently, no chance of a commission.  I run a small company and name recognition is one of the keys to my success.  During a dry spell some time ago, I set a goal of getting ONE job order by the end of the week.  I got on the phone and called every contact I had.  I did everything I could.  Friday afternoon 6pm.  Nada.  Not even a “try me in 3 months, we may need you.”   Well, by all metrics, I failed.

HOW I TURNED FAILURE INTO SUCCESS

But I realized that I had worked my derriere off, and if I just did the same thing week after week, I would ultimately succeed.  My goal turned into my work ethic, in a sense.  I have had weeks where I did not receive a single job order, and other weeks where I got more business than I could handle.  Setting a numeric goal will inevitably result in a mixture of failure and success.  Resetting my goal to putting in my best day every day, I feel as though I have succeeded even when I come up empty.

ANOTHER EXAMPLE OF FEAR AND OVERCOMING IT

In an effort to raise my visibility on LinkedIn, and in addition to posting something every weekday, I decided to create and post one article each and every week.  I started compiling a list of possible topics, and every time I have a new idea, I add it to my list.  I feel like a syndicated columnist or a comic strip creator.  PRESSURE.  My biggest fear is writer’s block/idea block.  Writer’s block is bad enough; at least you have an idea to expound upon.  But without an idea to begin with, you are (expletive deleted).  Sometimes when I am low on creativity, I take a sentence from a prior column and turn it into an entire article.

This very morning, I woke up sweating with anxiety because I was further away from an idea than I have been since I started writing.  Yes, I could skip a week, but that would be at odds with my purpose of creating and maintaining visibility on LinkedIn.  I had that sinking feeling of impending failure.  BREAKTHROUGH:  How about writing an article about having trouble writing an article?  I took that idea, expanded it and made it relevant (hopefully) to my intended audience.

I generally experience failure on some level every day.  I like to think that, over the course of my life, my relationship with it has become more positive and empowering.  If frustration is as far as you get, you need to change the terms of the relationship.  My first reaction to failure is usually a tasty cocktail of Frustration and Despair, topped with a healthy dose of Anger and a fear garnish (FDA).  THIS IS GOOD, PEOPLE.  This is the catalyst to action!  Without FDA, there is nothing to signal the call to action.  Now, I use the FDA to help me figure out how to move forward.  Overcoming failure?  I don’t know.  I suppose that by using your reactions to failure to create something positive is, in a sense, overcoming it.  Or maybe it’s just putting failure into its proper place and context.  It’s always there but it doesn’t control you.

This is its own reward.  Meeting the goals you set is gratifying; not meeting them and pushing on is even more gratifying.  It makes me feel great.  I hope the same holds for you.

Midnight on a carousel ride, reaching for the gold ring down inside 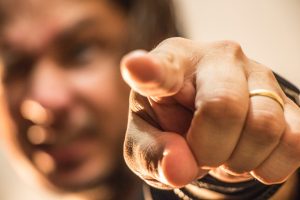 THE OBSERVER: So, what do YOU do?

How does one get their business message across?  A pithy elevator pitch and a business card is a good start.   My lovely wife Donna is an indefatigable, relentless networker.  She can work a room like you would not believe.  Consequently, we get invited to all sorts of networking events hosted by local chambers of… 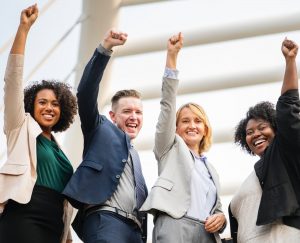 Several months ago, I wrote an article about how success is achieved through perseverance https://www.linkedin.com/pulse/breakthrough-power-perseverance-dlr-associates-recruiting/.  It told the story of my battle with the New York Times crossword puzzle, and how I completed it (taking two weeks, no cheating) through sheer persistence.  Coming off of that adrenaline high, I started a new puzzle, KNOWING that… 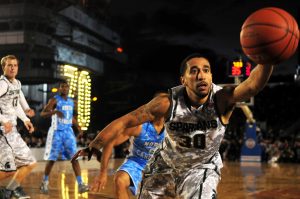 How do you attract top talent? Start with a thoughtful job description!

A few weeks ago, I received a job order from a small financial institution that looked as if it was scratched out on a napkin and hastily put into a Word document.  It didn’t go much beyond “Jr. Compliance Officer needed to assist CCO with general compliance duties.”  Not even a salary range.  I emailed…